Keith Wann has been performing since 2002, starting with a Sign Language Improv group, and then in 2004 his solo career quickly took off due to several parody music videos going viral.  He semi-retired his live stage comedy show in 2017 to focus on web/studio projects (www.SignItASL.com) as a director/writer/actor.Combining side splitting physical humor, with heartfelt real life stories from his childhood as a hearing child with Deaf parents, has become his comedic trademark among the ASL Community, and is an original breakthrough performing ASL artist who has been featured in several short films with ASL and currently stars in a popular ASL Children’s APP called Signed Stories. He has also done several commercials for Pepsi, appeared in High Maintenance, Quantico, Law and Order, and several short films with Deaf Directors and Actors. (www.KeithWann.com)Along with performing Keith also maintains his National Certification (NIC:Master and CI/CT) as an interpreter.Keith currently works from home with his wife helping protect families with a legal access/identity theft protection membership, (www.checkyourrights.net) and also helps to homeschool his two kids (who are actors themselves).Keith is excited to be involved with Signs Of Hope (https://signsofhopeintl.org/) and looks forward to the goal of raising more money to help provide more access and HOPE! 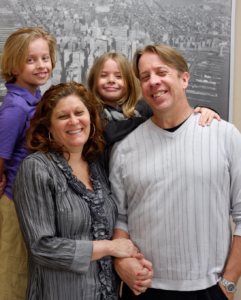